Boston, MA – 8 Feb 2022 r. – Creatio has announced Creatio 8.0 Atlas, an evolution of its platform with next-generation tools that enable developers to flexibly create enterprise applications and automate workflows without programming (no-code). The update is available to all Creatio customers and is compatible with previous versions of the platform. The release introduces several major innovations, including a consolidated No-Code Console, an improved Freedom UI environment and a component-based approach to building applications.

In this release, Creatio has consolidated, simplified and greatly expanded all application design tools into a unified No-Code Console – a module where no-code developers can design and run their applications. The console includes the ability to create and configure new and existing pages, configure data models and access rights, design workflows, and enable no-code integration via SOAP and REST services. The No-Code console also includes access to advanced configuration tools for professional developers. This facilitates the construction and development of mixed teams. 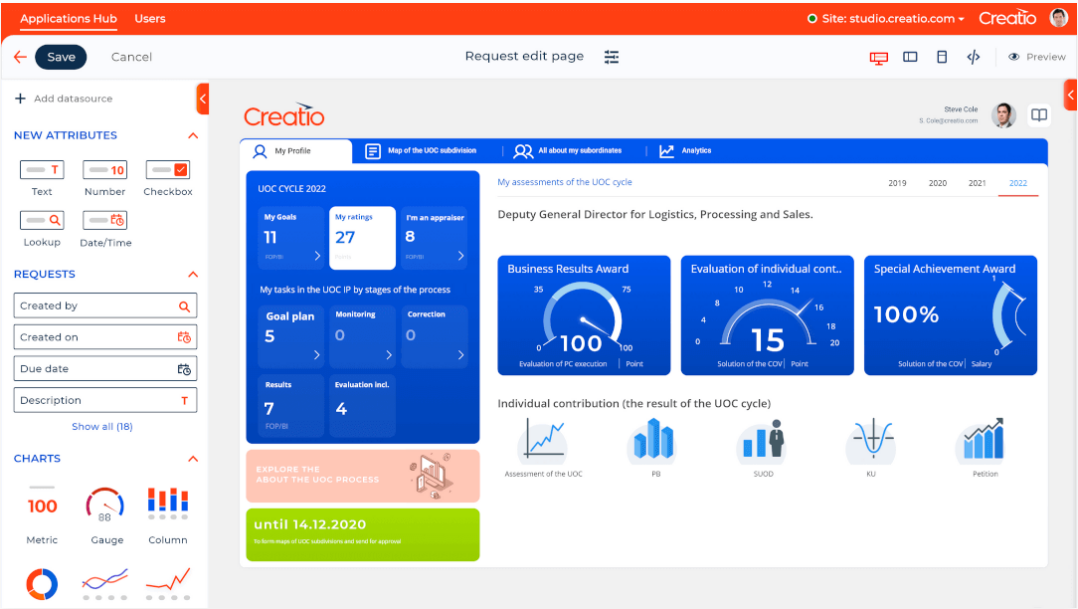 In Atlas 8.0, Creatio has introduced a completely new environment for UI/UX configuration called Freedom UI. It allows no-code developers to design an interface of any type, providing maximum flexibility and freedom. Freedom UI includes a library of predefined views, widgets and templates to speed up the design process. The new version allows users to apply different themes and UI styles. Freedom UI is fully adaptable to different screens and devices and meets WCAG 2.1 requirements. In addition, Creatio will use advanced artificial intelligence algorithms to make recommendations for no-code developers, suggesting elements and styles for different use cases based on a self-learning mechanism. 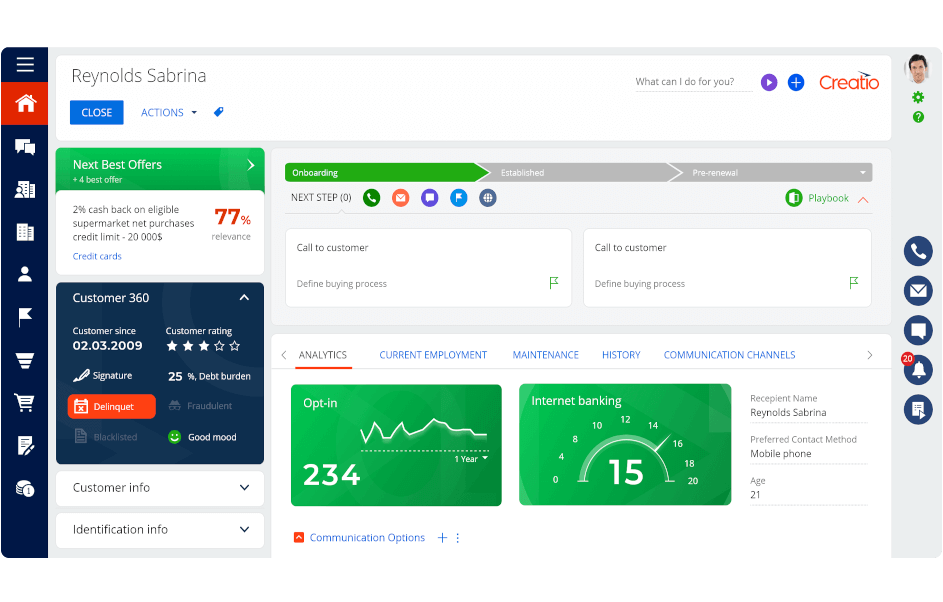 A component-based environment is another new feature that will be introduced in the new version. Creatio 8.0 allows no-code developers to use programming components at any stage of the development process. Different types of components can be accessed directly from the console. The component-based, codeless development process allows users to create applications and reuse components in a “Lego” style. This includes the ability to use more than 750 Creatio Marketplace apps, connectors and templates that can be deployed with a single click and used in the design process. At the same time, Creatio 8.0 includes enhanced application lifecycle management (ALM) capabilities that provide no-code developers with the ability to view available instances, perform typical deployment operations and orchestrate applications at any stage of development. The ALM portal provides an opportunity to organize the work of various teams (no-code architects, no-code developers, professional programmers, etc.), while managing collaborative processes and invitations.

The Atlas 8.0 release was unveiled on February 8 at Creatio’s special event, Freedom Release. In the first part of the virtual show, attendees had the opportunity to participate in an inspiring discussion on no-code, led by the head of the Citizen Development Project Management Institute and Creatio’s key partners and executives. Creatio CEO and founder Katherine Kostereva presented the company’s vision for the future of no-code and the key values of the Creatio platform. The main part of the event showcased all the major improvements and updates to Creatio 8.0 Atlas. Finally, to close the event, special guest, Grammy-nominated international DJ Paul van Dyk, performed a special ‘Freedom’ set dedicated to the launch. The new version will be available to all users immediately after the Freedom Release virtual demonstration.

Creatio is a global provider of a single platform for flexible workflow automation and low-code CRM. Every day, millions of workflows in 100 countries are launched on our platform by thousands of customers. Truly caring about our customers and partners is a defining part of Creatio’s DNA.

Optingo is a certified Creatio partner with experience in implementing both CRM (Creatio Marketing, Sales and Service) and BPM (Studio) functionality. We have extensive project experience in various sectors, including: IT, Telco, Energy, Manufacturing, High-Tech. We are enthusiasts of agile implementation methods and have successfully applied them to our projects.

Do you want to improve customer satisfaction and better customize your offerings? We would be happy to discuss with you the benefits, opportunities and concerns you have. We encourage you to share your experiences, insights and impressions. Get in touch with us today.

See other articles in this category

Creatio continues expansion in Europe and opens office in Warsaw

How to choose a cloud CRM system?

Low-code CRM/BPM – why is it worth it?

How important is the Customer Experience? Learn the statistics

CX and CLOUD
IS IN OUR DNA .